Andalusia by bike from Malaga to Seville 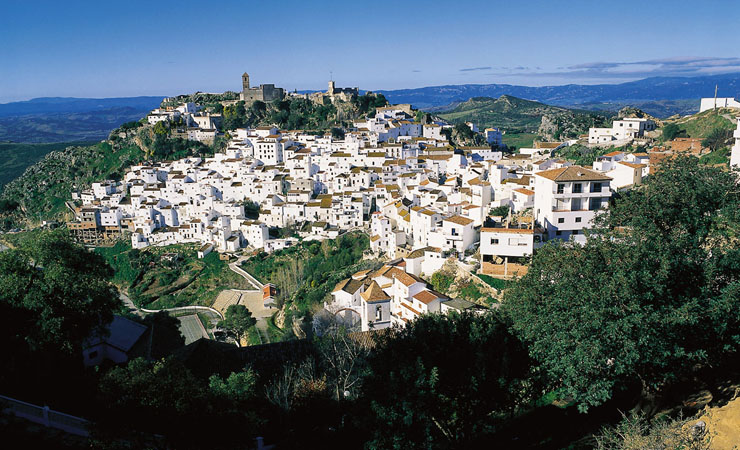 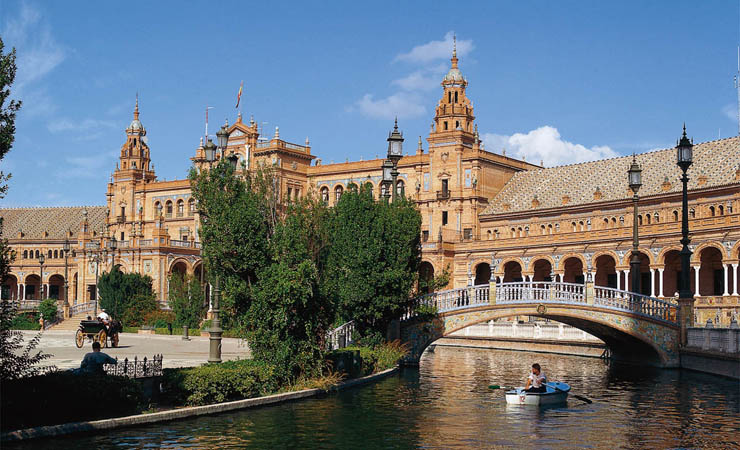 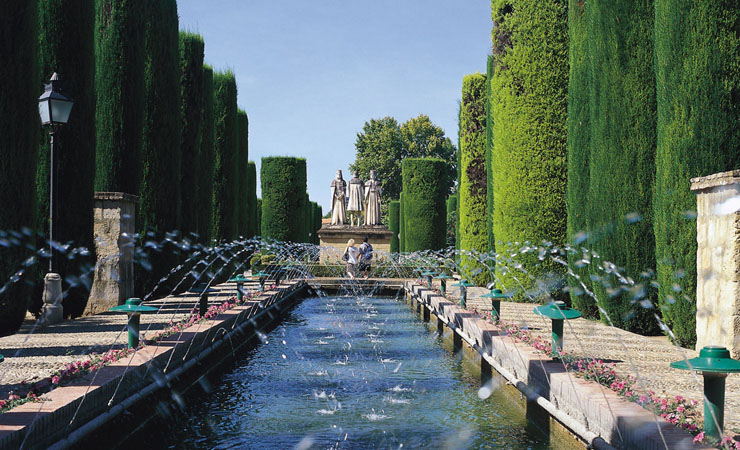 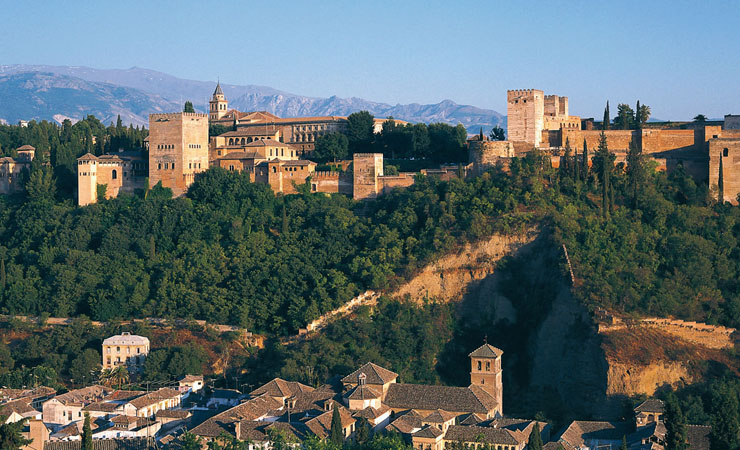 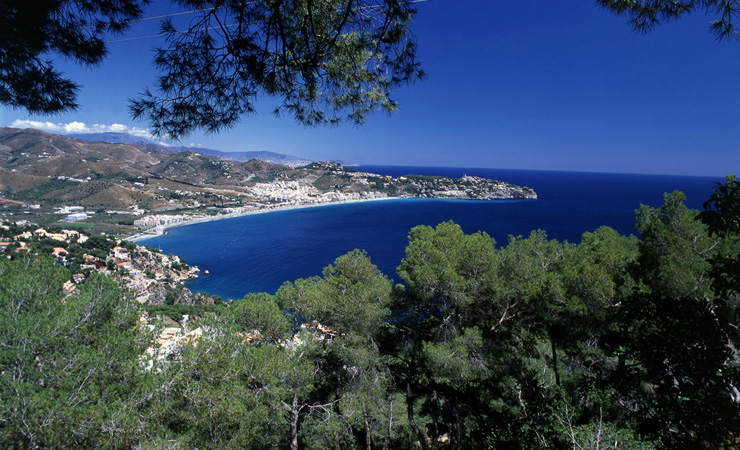 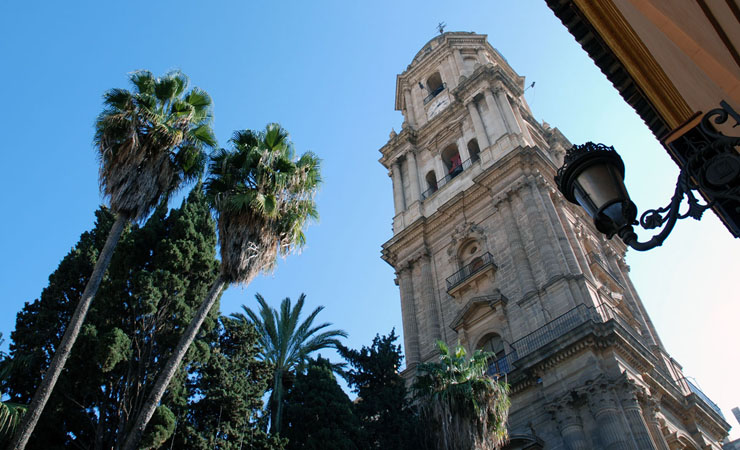 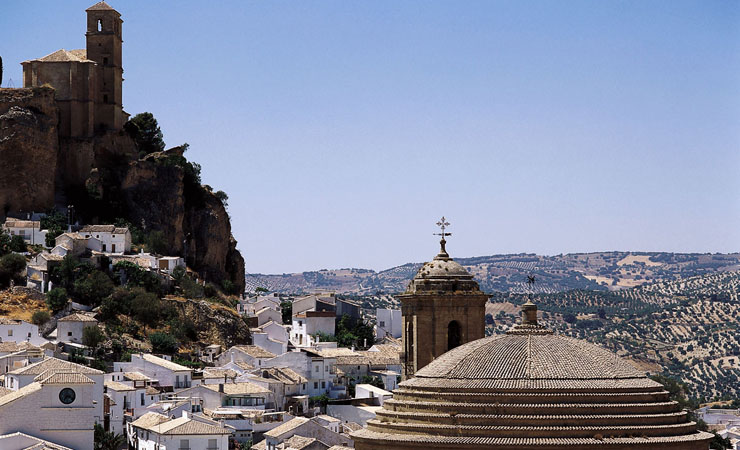 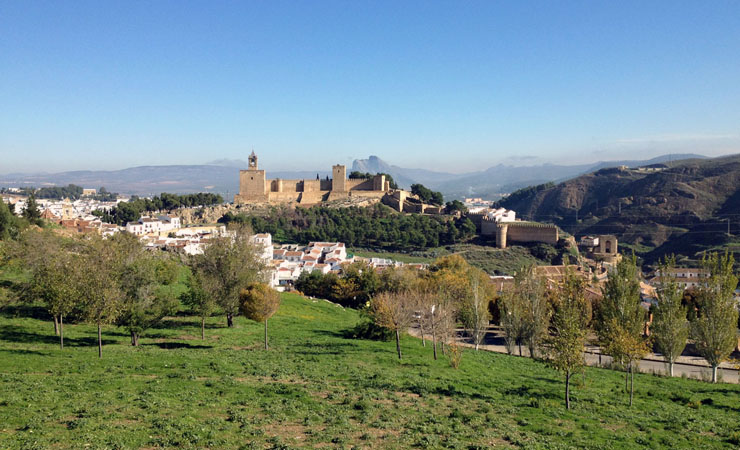 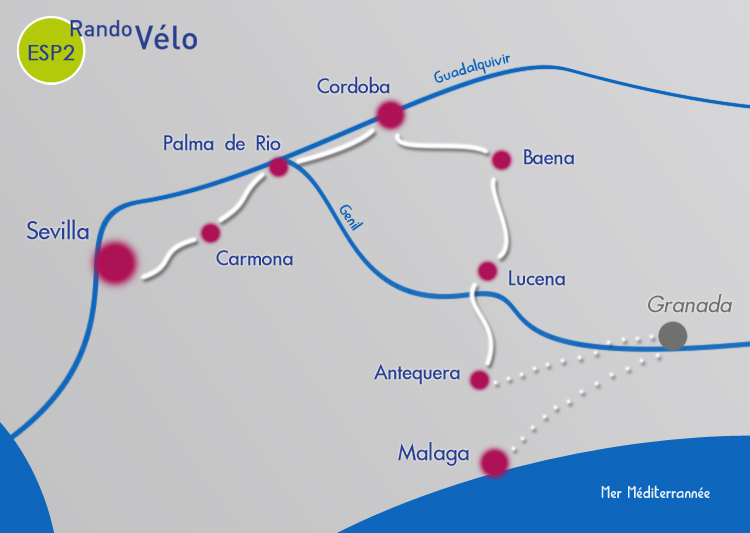 Your cycling trip in Andalusia:

Andalusia is a paradise full of surprises. Hardly any other landscape evokes such fascinating pictures as the southernmost region of Spain: a Flamenco dancer in a flowing red dress, white villages on hills, Moorish palaces, and gloriously dressed bullfighters in crowded arenas. Experience an incomparable conglomeration of European and Arabic culture, scenic beauty harmonized perfectly with masterful architecture: today’s Andalusia combines modernity with a rich tradition.

We will guide you on well-developed routes and small roads without much traffic through lush overgrown hills, green river valleys and the wild landscape of the Sierras. You will visit Seville and Cordoba, the metropolises of the spiritual life in Moorish Andalusia. In the narrow streets, in the markets, in the buildings of the Alhambra, the Real Alcazar, and the Mezquita you will travel through time and dream about days gone by, in which Andalusian scholars brought light to the darkness of the European Middle Ages. So, come, eat and drink: cervezas, tapas, wine, and jamon iberico. Andalusia is awaiting you!

Malaga is a bustling port city by the clear blue Mediterranean Sea It is characterised by historical treasures as well as beautiful beaches. Picasso’s traces run through the entire city to the famous Picasso Museum. Furthermore, the imposing cathedral, the Moorish Alcazaba fortress and the Gibralfaro castle are waiting to be discovered. The old town, the Moorish castle, and cathedral testify to the former prosperity of the city.

Day 2 : Trip by Bus to Granada (visit to the Alhambra) then to Antequera

In the morning, bus transfer (2h) will to the beautiful city of Granada. Here you will have a guided visit of the most important historical monument of Andalusia with Arab influences: the fabulous Alhambra (the red castle) has existed since the 9th century and it used to be a fortress in earlier times.
In the evening, you will get to  the historic city of Antequera with its collection of red tiled roofs and 30 steeples.

The bike tour will begin with a ride on the old railway line through the beautiful countryside to Lucena. In one of the most important olive oil-producing regions of the world, the famous oil is pressed in the mills.

You will continue your journey along the old railway line passing vast olive groves to Baena. The inhabitants of Baena live mainly off of agriculture and are very tradition-conscious people. This is also reflected in the townscape of Baena, which is located on a hill. It is characterized by narrow streets that wind their way through the old town and where you can find interesting religious buildings such as the Church of Santa Maria la Mayor from the 16th century or the old castle.

The Sierra Morena, with its foothills, frames the former European Capital of Culture. This romantic area is surrounded by pine forests and an impressive solitude. On the route towards Cordoba you will pass farms, which specialize in the breeding of fighting bulls and enjoy a special reputation in Andalusia.
In the evening, you will get the possibility to participate in a city tour and see the witnesses of the dazzling cosmopolitan past.

In the wide valley of the Guadalquivir, you will leave Cordoba on an old Roman connecting road. Ecija is the capital of horse breeding. From once important Franciscan monastery in Palma del Rio, the monks journeyed to America to proselytize.

Also today, the Guadalquivir is the first companion. You will continue your tour through the Campiña of Seville, a gently rolling landscape of fertile farmland to the west. Carmona is a city that has not changed for 150 years, it has Baroque palaces, churches and monasteries and is surrounded by intact Moorish town walls.

Today, you will cycle over the gently rolling plateau of Alcores to one of the most fertile agricultural areas in Andalusia. Alcalá de Guadaira is considered to be one of the cradles of flamenco. Former haciendas of the Kingdom of Seville, today just as large farms as in former times, line the road. Our destination is Seville! Two international exhibitions helped the city to futuristic buildings and great green parks.
In the evening we suggest a visit to the largest Gothic cathedral in the world, the Barrio Santa Cruz and the Casa de Pilatos.

Day 9 : Departure during the day

This cycling tour is not available from June 7th to September 11th due to high temperatures.

• 8 nights in 3-star and 4-star cat. hotels, with breakfasts (accommodation in a two-person bedroom)
• Luggage transport during the bike stages
• Equipped cycle rental for 6 days (rental bike insurance)
• Bus transfer to Granada to the Alhambra incl. admission fee and guided tour (English or German)
• Train journey from Brenes – Seville (incl. bike)
• Excursion by sightseeing bus in Seville (in English or French or German)
• City tour in Cordoba (in English or German)
• 1 travel folder (per room) including colour maps, detailed route directions in French or English and tourist brochures
• Hotline 7 days a week

Helmets are not provided. We suggest to bring yours.

> Tour validity
> Your journey
> How to arrive in Malaga
> Return

This cycling tour is not available from June 7th to September 11th due to high temperatures.

The bike routes are alternately flat and hilly. You will cycle on bike paths (former railway lines) and side roads. In some cases, you will find yourself on roads with more traffic, especially when entering or leaving a city.

How to arrive in Malaga

> By plane :
Malaga or Seville airport.

> If you have to come back to the start point:

Download tour program
By continuing your visit to this site, you accept the use of cookies and other tracers to guarantee you the best possible navigation, to carry out statistics, to propose you messages and advertisements adapted to your centers of interest and to allow the sharing of videos and other content on social networks. They also allow us to optimize the operation of our site. For more information, we invite you to consult our Privacy policy. By continuing on our site, you accept the use of our cookies.Ok